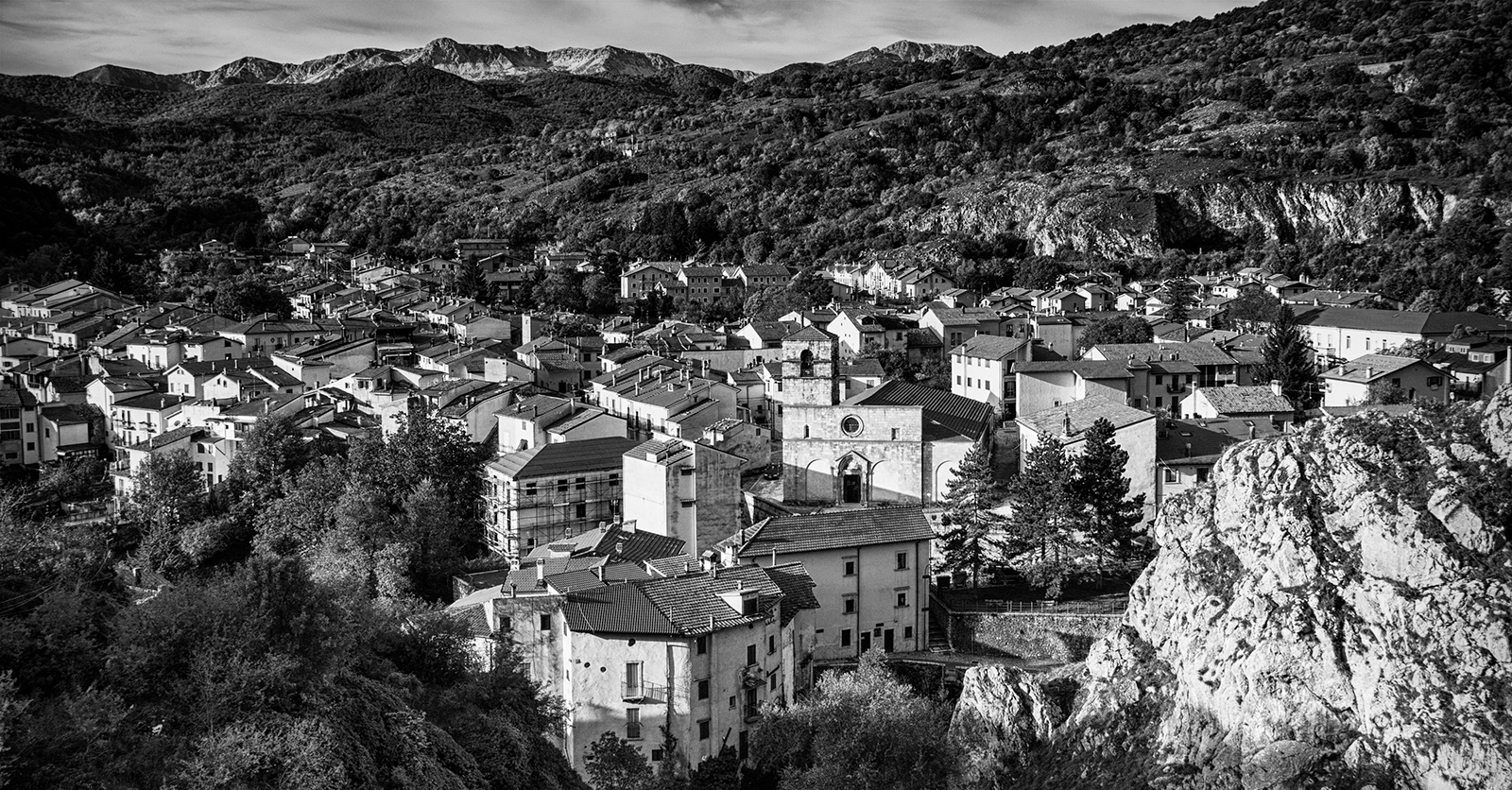 Sali d’Argento is located in Alfedena, a small mountain village in L’Aquila province, in the heart of Abruzzo and is accessible by public transportation.

For those leaving from Rome who chose to rely on a slow journey, the [TUA] (Abruzzo Regional Public Bus company) coaches leave from Roma Tiburtina bus station and arrive in Alfedena after a four hours travel including an about half an hour stop-over and bus change in Avezzano. Dramatic views and scenaries for the whole duration of the trip are guaranteed.

For those leaving from Naples, the SATAM bus company in partnership with [TUA] offers a bus service Naples – Pescara that stops in Castel di Sangro (9 km from Alfedena); a free car transfer to Alfedena is available with prior notice.

[TUA] also offers capillary connections from many other places in the region; for seasonal timetable please visit the company’s website which also features an online ticket office.

For those who prefer to choose the train, the nearest railway station with direct connections from Rome and Naples is Isernia (about 2h 15′ journey from Rome and 2h 05′ from Naples); again, with prior notice, a free car transfer to Alfedena is available.

For those using their own means of transport, we suggest these alternative routes.
[Click the links to open Google maps itineraries]

From Rome, the first itinerary, perhaps the fastest, runs the A24 highway until the Torano junction, then follows the A25 highway towards Pescara, until the Pratola Peligna-Sulmona exit. From there, it follows the S.S. 17 route to Sulmona, then Roccaraso, then Castel di Sangro and finally, Alfedena.

An interesting alternative route that crosses the National Park of Abruzzo, follows the previous itinerary except for leaving the A25 in Pescina, Lake Fucino (village that boasts of being the birthplace of Cardinal Mazarin and – especially – of the Italian novelist Ignazio Silone, who described the epic drama of the labourers of Fucino in his novel “Fontamara” with harsh bitterness). From Pescina, head on to Gioia dei Marsi, Gioia Vecchio, Pescasseroli, Opi, Villetta Barrea, Barrea and finally Alfedena: a well curvy route that offers however lovely landscapes throughout.

The third itinerary runs the A1 highway, towards Naples, until the Ferentino exit. From the same junction take the S.R. 214 motorway to Sora and from there, follow the signs to Pescasseroli. The road (S.R. 666) climbs from Sora through Campoli Appennino and subsequently to the junction St. Donato Val di Comino, where it becomes the S.R. 509 mountain road to Forca d’Acero, offering – especially the final stretch – breathtaking view over the territory of the Liri river and then the Valley of Comino, before enter the beautiful beech forest of Forca d’Acero Pass and climb down to the village of Opi (beautiful view). From there, follow the previous route.

Mileages are roughly equivalent; the third route is highly recommended to bikers, if the weather allows.

From Naples, the fastest route runs the A1 highway towards Rome until Caianello exit, then head on towards Venafro and the upper Valley of the Volturno from Montaquila, Colli a Volturno and Cerro a Volturno. From there, follow the S.S. 652 motorway (that begins with an impressive bridge) until, shortly after Rionero Sannitico, road signs to Alfedena are visible.

From Pescara, you may follow the S.S. 5 Tiburtina until Popoli, then following the S.S. 17 as for the previous itinerary.

From these last two cities, you might also refer to the A24 and A25 highways until the exit of Sulmona – Pratola Peligna, then follow the S.S. 17, as previously described.